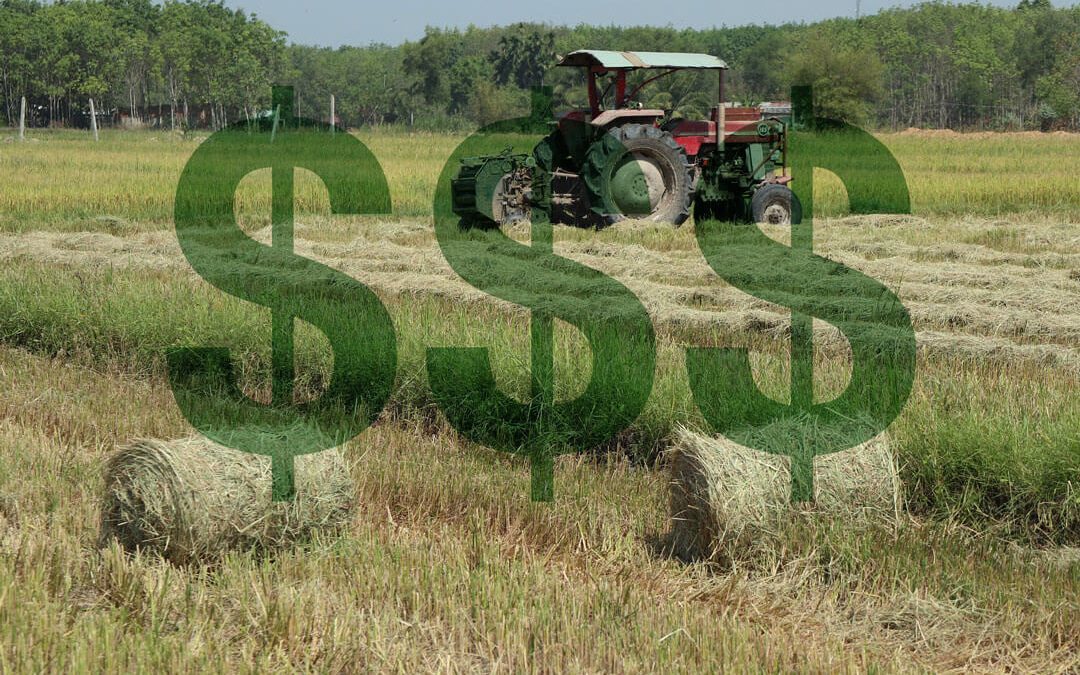 Keeping production costs in the black requires farmers to shave costs wherever they can. U.S. farmers, including those in the midwest, continue to battle high costs for labor, fuel, seed, and fertilizer – factors driving up food prices – as inflation sets into the economy.

Here are 6 ways farmers are readjusting their business cost structure that have been tried and tested.

Each year at tax time, it would be beneficial to do a self-assessment of your insurance coverage to ensure you’re getting the most for your money. Each category of farm expenses is compared to previous years.

Meet with your insurance agent annually to assess your charges, whether it be for crop, farm, liability, or health. Situations can change when you don’t even realize it. Quite often your crop insurance agent can help find ways to improve your plan, which could save you money!

Changes you make to your operation can also save on insurance. Liability costs can be reduced with a security system for your home, an alarm system for your cattle buildings, or a standby generator.

2. Electricity Can be Generated at Home.

For many years, sustainable farming has grown in popularity and solar-powered farming is the next big step. The use of solar power on the farm has the potential to reduce or eliminate electricity costs, thereby directly contributing to the bottom line. Alternatively, off-grid solar installations provide power in places where utility lines are not practical. Going solar is now more affordable than it has ever been. The solar industry has been growing at a rate of 54% per year, and because of that, installation costs have fallen by over 70% since 2010.

Solar power can be used for all the essential parts of a farm. It provides energy for livestock structures, including poultry barns, horse stables, and large livestock housing. Solar can also be used to power irrigation systems and electric fences so livestock won’t wander off.

Your solar energy system can also act as a backup power system for critical loads, preventing untimely or catastrophic system failures that could harm your business.

U.S. electrical power is primarily generated by burning coal and natural gas, which releases tons of harmful pollutants into the air. By going solar, farms and other industries reduce their fossil fuel consumption and release fewer greenhouse gasses. Today’s solar power systems are eliminating more than 74 million metric tons of carbon emissions per year. This is equivalent to 1.9 billion trees or taking nearly 16 million vehicles off the road.

In recent years, farmers with substantial purchases have become more interested in forward selling due to the highly unstable farm prices. A forward contract allows you to secure a cash price for grain that has not yet been delivered. Doing so, helps you eliminate downside price risk and improves your ability to plan. It is essential for a diversified marketing plan to include forward marketing. If you select a forward contract, watch the futures market, and lock in your price when you desire. Then, at Colville Crop Insurance, will define expectations for final pricing, payment, and delivery, and continue to look for ways to help you improve your grain marketing.

Conservation Agriculture is a farming system that promotes minimum soil disturbance (i.e. no tilling), retaining a permanent soil cover, and diversifying plant species. In addition to enhancing biodiversity and natural biological processes above and below the ground surface, it improves and sustains crop production by increasing water and nutrient use efficiency.

Permanent soil organic cover
Keeping the soil covered is a fundamental principle of Conservation Agriculture. Crop residues are left on the soil surface, but cover crops may be needed if the gap is too long between harvesting one crop and establishing the next. Cover crops improve the stability of the CA system, not only in the improvement of soil properties but also in their capacity to promote increased biodiversity in the agroecosystem.

Species diversification
Rotating crops provides a diverse “diet” for soil microbes and allows them to explore different soil layers to find nutrients. Rotation crops can “recycle” nutrients that have been leached to deeper layers and are no longer available to commercial crops. This way the rotation crops function as biological pumps. Additionally, a diversity of crops in rotation leads to diverse soil flora and fauna, since roots produce different organic compounds that attract a variety of bacteria and fungi, which are responsible for converting these substances into nutrients that can be used by plants.

Learning more about Conservation Agriculture can help your crop be more efficient.

It has been demonstrated for the first time that farmers can continue to produce high crop yields with far less artificial fertilizer if they adopt environmentally sustainable practices.

The addition of manure and compost to soils, growing nitrogen-fixing plants between crops, and cultivating a variety of products instead of sticking to one crop can all boost yields while protecting and improving farm ecosystems.

These practices would replace a significant proportion of chemical fertilizers, whose prices have risen due to high fuel prices. Consumers have been hit with higher food prices as a result of these price increases for farmers. Many countries were already facing food problems having exhausted their reserves during the pandemic.

You may wonder why maintaining your farm equipment and tools is even necessary. To ensure that all tools are properly cared for and maintained, here are a few important reasons:

How Do You Properly Maintain Farm Tools and Equipment?